The internationally-recognized ATHENA Award® Program was founded in 1982 in Lansing, Michigan by ATHENA International Founder Martha Mertz. The award was originally established to honor the achievements of exceptional women leaders. And more importantly, it was established to inspire others to achieve excellence in their professional and business lives.

Since 1982, more than 6,700 top leaders in over 500 communities have received the prestigious ATHENA Award® in the United States, Bermuda, Canada, China, Greece, India, Russia, United Arab Emirates, and United Kingdom. By honoring exceptional leaders, the ATHENA Award® Program seeks to inspire others to achieve excellence in their professional and personal lives.

The ATHENA Award recognizes women who:

Demonstrate excellence, creativity and initiative in their business or profession.

Provide valuable service by contributing time and energy to improve the quality of life for others in the community.

Registration and sponsorships for the awards ceremony are now available: 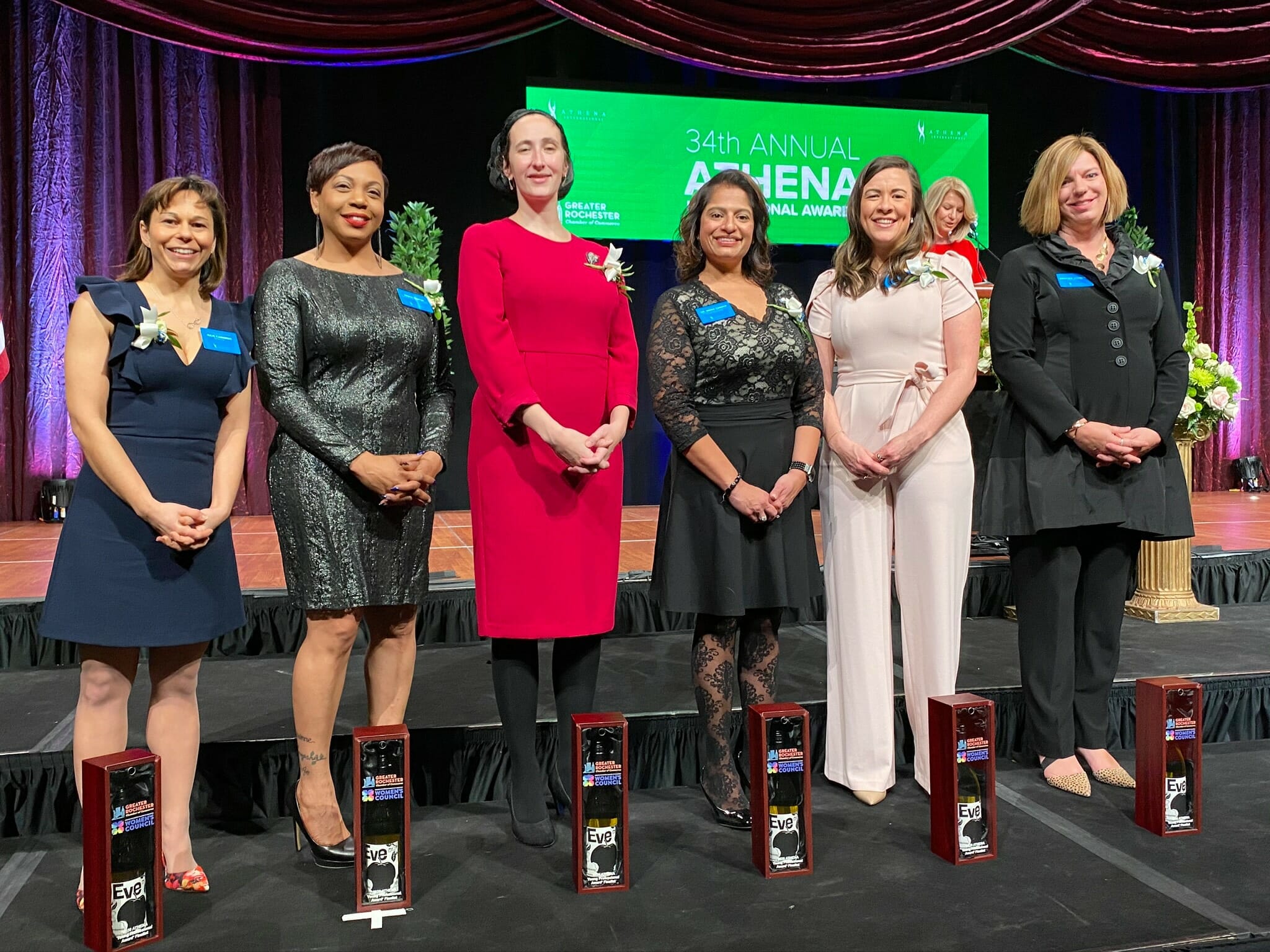 The ATHENA leadership model is a philosophy of leadership based on women's unique ways of knowing and leading. Developed by the ATHENA Foundation in collaboration through a grant from the W.K. Kellogg Foundation, the model identifies eight distinct attributes or tenets that are reflective of women's contributions to leadership:

These personal traits have been shown to be more intuitive to women than men. They combine with the strongest aspects of traditional leadership—taking risks, assertiveness, hard work. And they prepare women to be successful leaders in the 21st century.

The ATHENA Young Professional Award® program was founded in 2007 by ATHENA International to honor emerging women leaders who demonstrate excellence, creativity and initiative in their business or profession. Recipients must also demonstrate their commitment to service by contributing time and energy to improving the quality of life of others in the community while serving as a role model for young women both personally and professionally. The Young Professional award, introduced to our community in 2015, recognizes women in the 30 to 45 year old range who:

The ATHENA Organizational Award® is presented to an organization with 5 or more employees based on the following criteria: