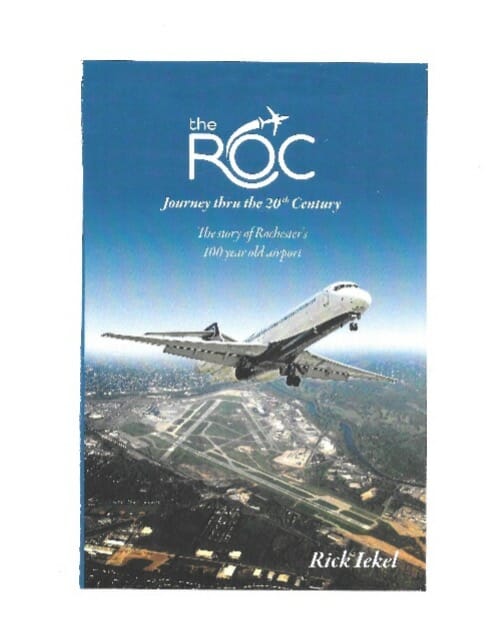 Since practically the dawn of aviation, the City of Rochester and Monroe County have attended to the aviation needs of the community. Yet, it appears that no one has previously written such a history. When asked, Iekel offered, “Let me be clear – this is not intended to be an academic book. It is the story of the growth of our City’s airport during the 20th century, an interesting tale of the airport that includes people whose efforts made a difference.”

Author, Rick Iekel, began a 28 year career in aviation as a customer service agent for United Airlines in Rochester. He went on to become assistant airport manager in 1973, was promoted to Airport Administrator by County Executive, Tom Frey in 1989 and named Director of Aviation by County Executive, Bob King in 1992.

Iekel will announce the release of his book at a Launch Party to be held at the USAirports Flight Support Center, 1295 Scottsville Road on Thursday, June 2 at 4:00 PM.