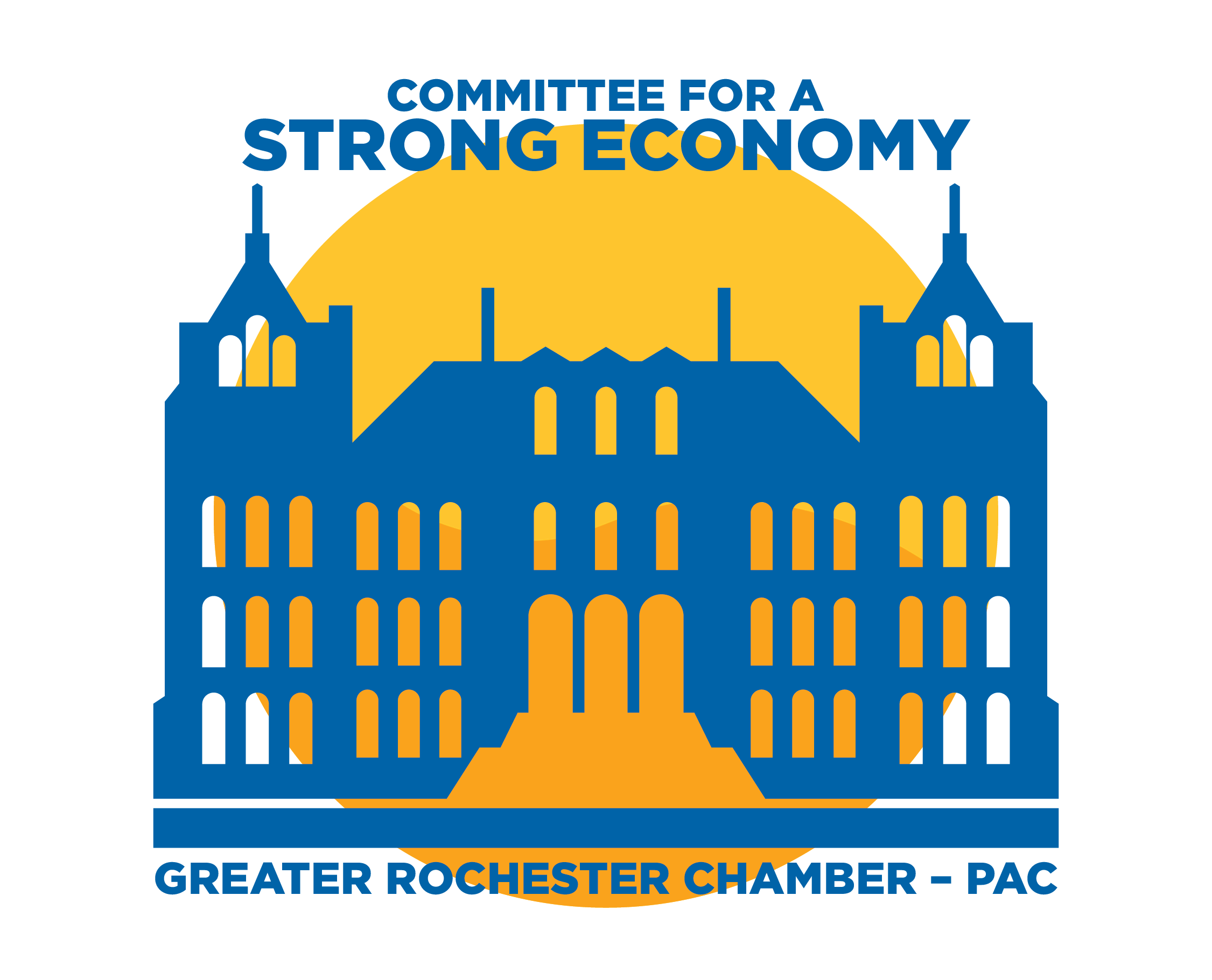 The Committee for a Strong Economy is dedicated to ensuring the voice of business throughout the Finger Lakes region is heard at every level of government. To that end, we are pleased to announce the following endorsed candidates for New York State Senate and New York State Assembly.

As the Committee for a Strong Economy is a separate entity from Greater Rochester Chamber, so too is the decision-making process. Endorsements made by this Committee were done so independently by volunteer committee board members and according to the process as set forth in the candidate letters sent out in August and during their interviews.

The Committee for a Strong Economy Chairman Tim Mason said, "Each endorsed candidate has demonstrated a commitment to working with Greater Rochester Chamber of Commerce and its 1,300 members on enhancing opportunities for growth and expansion, building upon workforce and economic development initiatives, promoting a safe community, and creating a climate in which individuals and businesses have the chance to thrive. Thank you to all of the candidates who took the time to come and meet with our committee. We look forward to continuing to work with elected leaders at every level, across the political spectrum, on amplifying the voice of business."

Learn more about The Committee for a Strong Economy here.